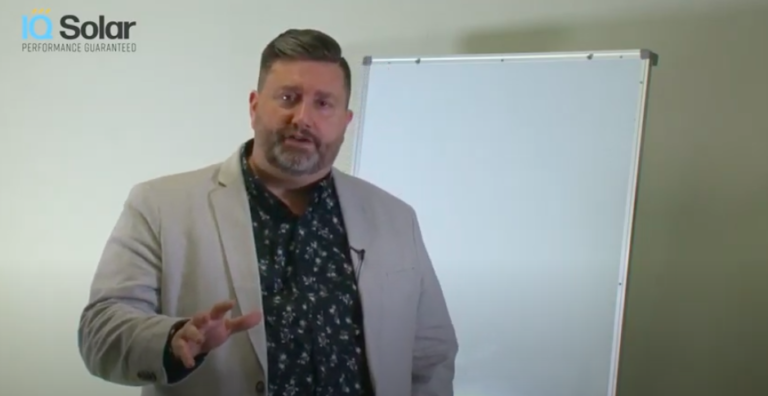 A couple of weeks ago, I was talking to someone about solar and they said, “Mate, I don’t want any of that Chinese crap.” So, I want to talk about that Chinese crap. And the fact is that Chinese is neither good or bad. There’s plenty of amazing factories in China, and there’s plenty of awful factories in China. So, if you have any kind of smartphone, iPhone or Samsung, chances are, it’s made in China. If you’ve got almost any high-end electrical appliance, chances are, it’s made in China. So, what matters more is the brand, how they operate, and whether or not they’re represented here in Australia, in case anything goes wrong. So, with panels, for example, there’s probably a 100 brands of solar panels, maybe more. Globally, certainly hundreds and hundreds, but even in Australia, there’d be a 100 on the Clean Energy Council accredited list of approved products. So, there’s things that are absolutely top of the tree, such as LG or SunPower or Q Cells, things like that, there’s mid-tier brands such as JA, Trina, and there’s other lower brands.

Just to confuse things, there’s a terminology which gets used a lot, which is Tier 1. People sell this as a Tier 1 panel. So, virtually everything is a Tier 1 panel. I don’t know of anything that people are putting on roofs that isn’t a Tier 1 panel. It’s got nothing to do with the quality of the panel. So it’s confusing. It’s actually about the company, whether or not… I think there’s a range of criteria. It is a term that was invented by Bloomberg, and it is about the financial evaluation of the company, it’s not a product-based thing at all.

So, don’t read too much into it. In fact, one of the best panels you can buy, which is LG, I think doesn’t even submit itself to that sort of analysis and isn’t a Tier 1. But it is generally accepted to be possibly the best panel that there is. So, don’t read too much into that. Choose brands that you can find out information on or we’d be happy to provide it, but we are only going to choose brands that are high-quality and have representation here in Australia. So, also with inverters. So for example, there’s probably a couple of dozen different brands of inverters, some of them are made in China, some of them are made in other countries. So, SMA, which is one of the world’s leaders in inverters, manufactures in Germany. It also has some manufacturing in China, but that’s also moving back to Germany.

Fronius, which is from Austria, is one of the leading brands, and that’s kind of unusual because Austria is not a country that you tend to associate with industrial products. But, it’s a great product. But there’s really good products that come out of China. So, Huawei for example, is a high-quality inverter that comes out of China, and is very well-represented in Australia. So, my point is, don’t get hung up on the country of origin, look at some other factors and let us show you why the choices that we’re making are things that we’re going to back and that we believe in. Thank you.