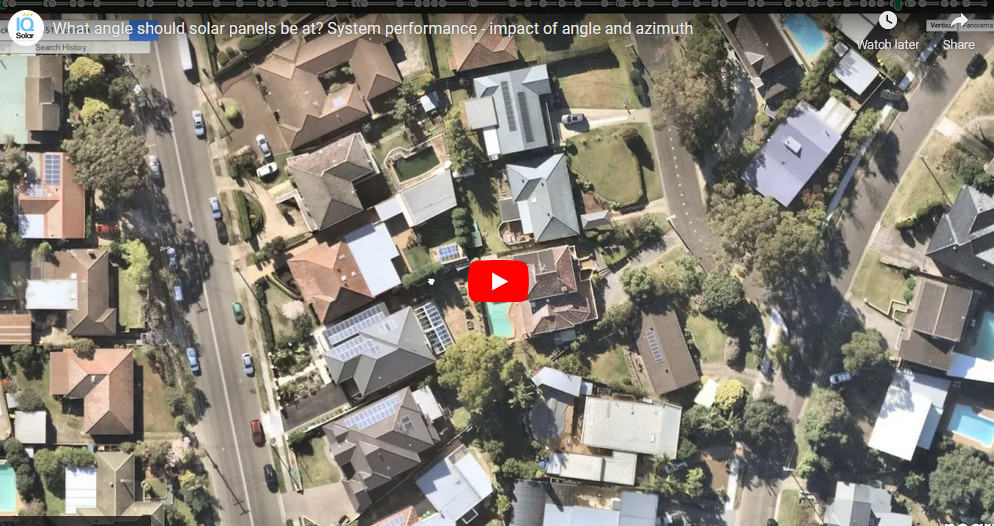 There’s an old line that says ‘ the best camera is the one you have with you’, and roofs are a bit the same. You can’t wish for a different roof.  The roof you have is what you are stuck with.

So, with a trend of people installing larger systems, we are often looking for all the positions we can put panels on in order to maximise a system size. And often that means a roof that isn’t just large and lovely and conveniently facing north. This is a system from 2011 (not mine), which, if it were being installed would probably be installed on the western side of the house. 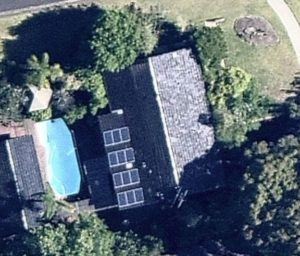 The optimum output of solar is achieved by a north facing panel (in Australia), at an angle which is relative to your geography.  So, in Sydney it will be different to Darwin for example. The difference is because the sun’s position in the sky varies by geography. It also varies by time of year.

So, often we are left looking at what is possible to fit on a house, and trying to optimise that. If it is less than optimal, we need to explain why we  have chosen a layout, and see if that makes sense for the homeowner. The good thing is that we have great tools to do system designs, and show them to people before a panel ever gets on site. So, positioning and performance should never be a surprise for someone. Let me show you the implications of angle and orientation.

Here’s a document that is part of the CEC system designer’s toolbox… it’s not intuitive, so I have made a video with some examples below. Plus, click the table to see the full document with other city’s numbers. 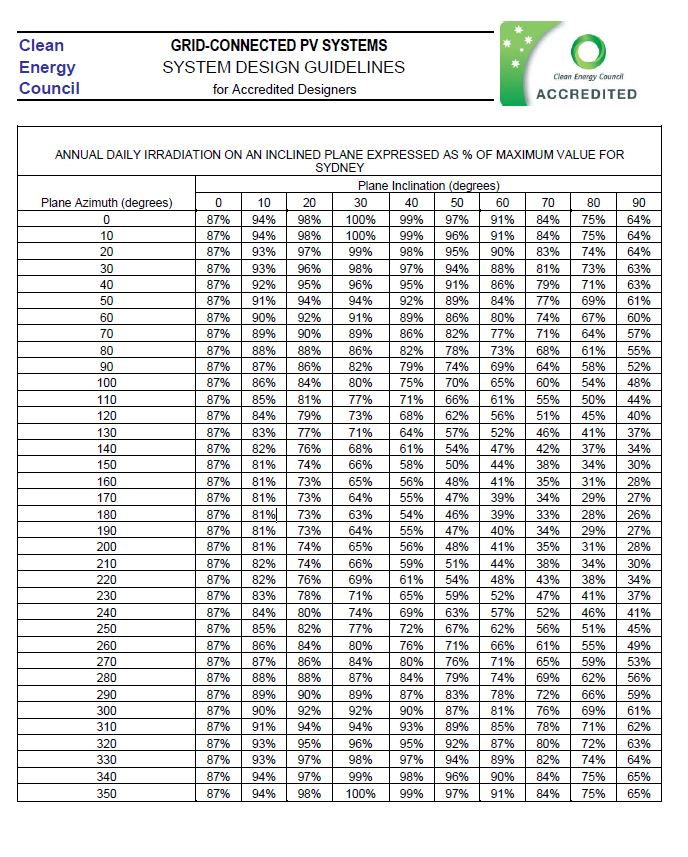 Here’s a video with some examples of angle and orientation.

The reason this matters is that people will often be short of space.

A few things to be aware of:

At the risk of throwing you into the arms of people who will send you on a journey to get more quotes, here’s some useful additional reading on this subject.